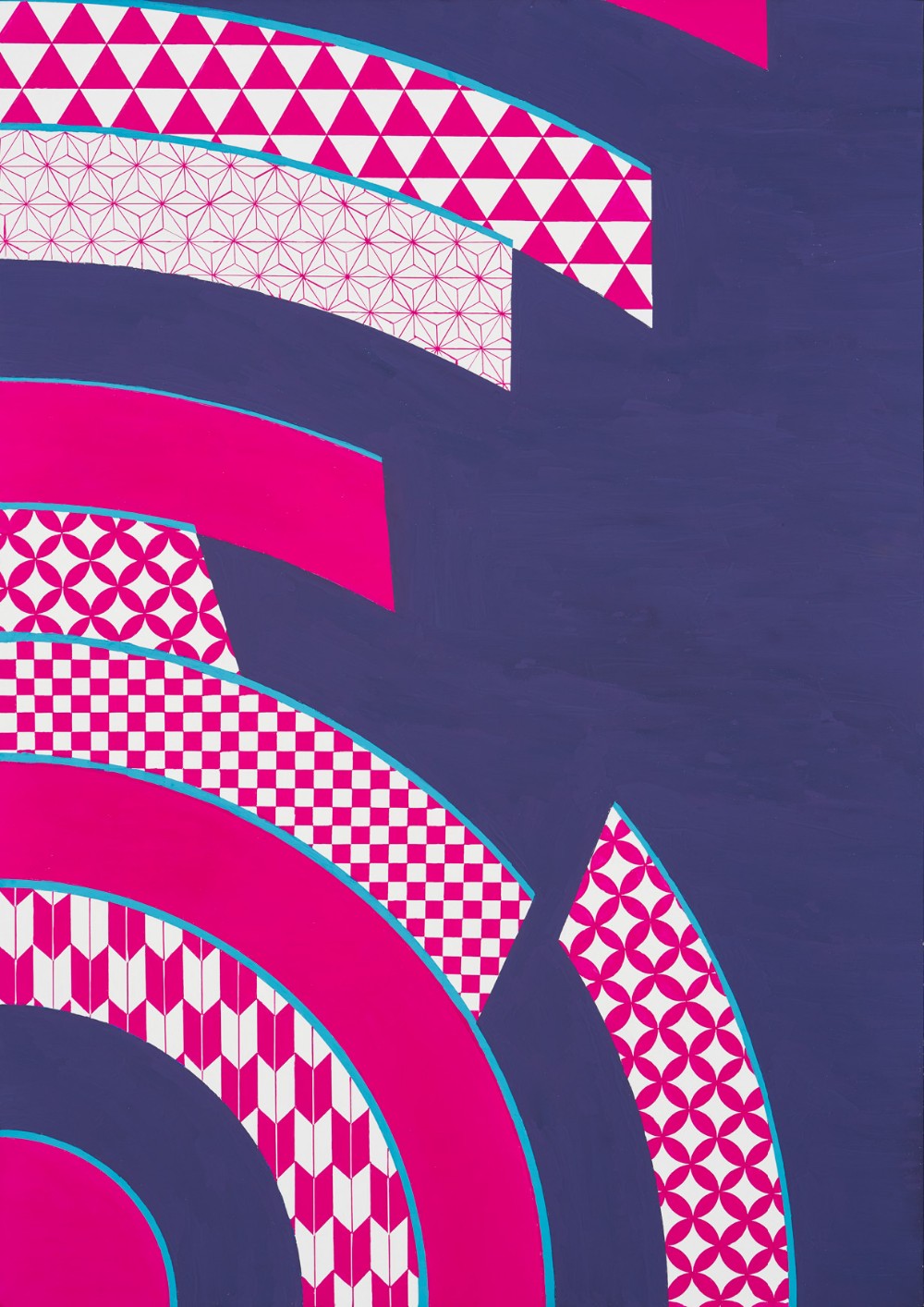 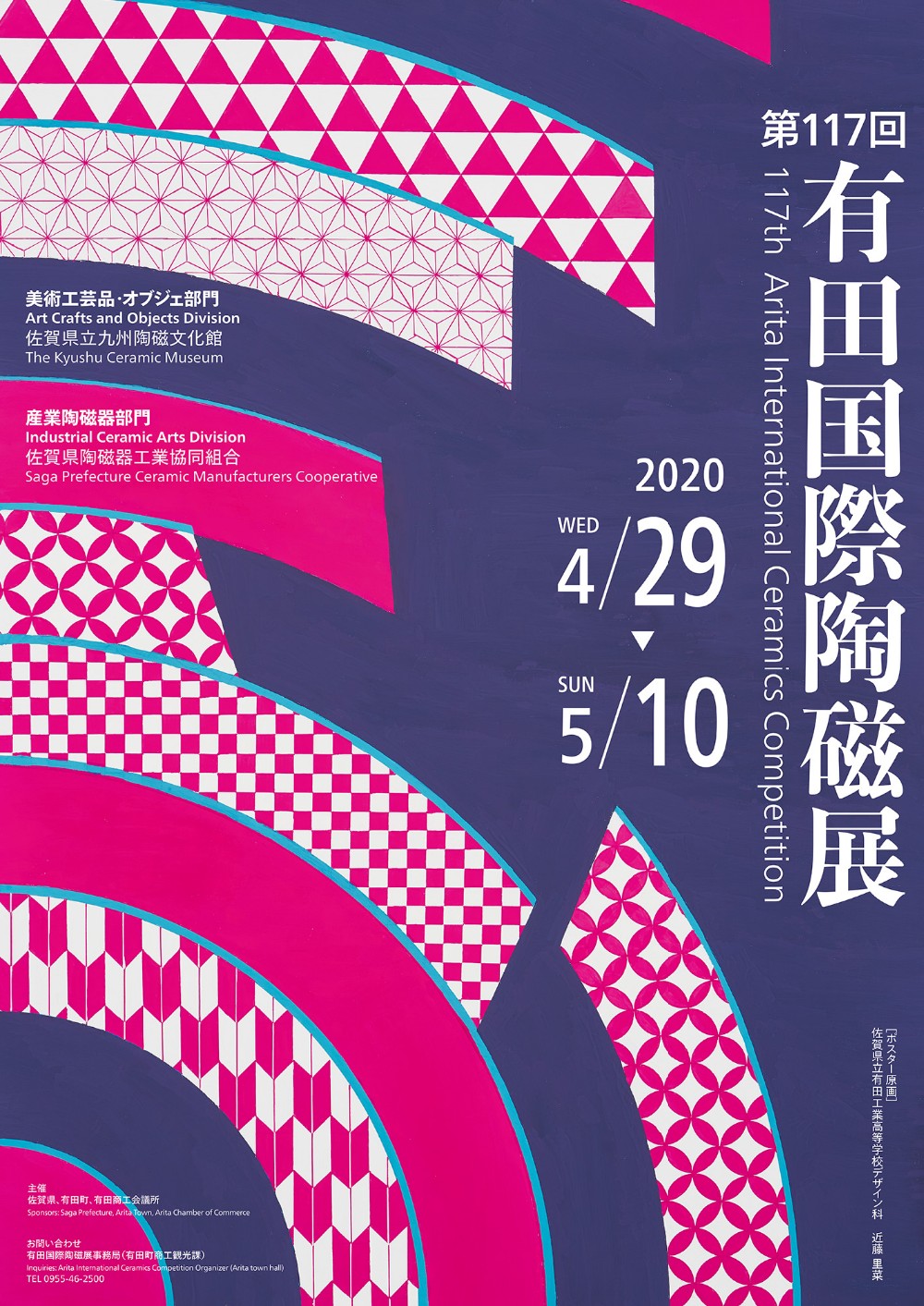 I drew “rebirth” imagining the near future.

I came up with the word “near future” thinking of the present with all its new machines such as smartphones and robots.

The reason I choose round figures is because I imagined a round porcelain vessel viewed from above. As for the color scheme I again thought of the near future featuring light blue and pink and chose a deep purple that would stand out. 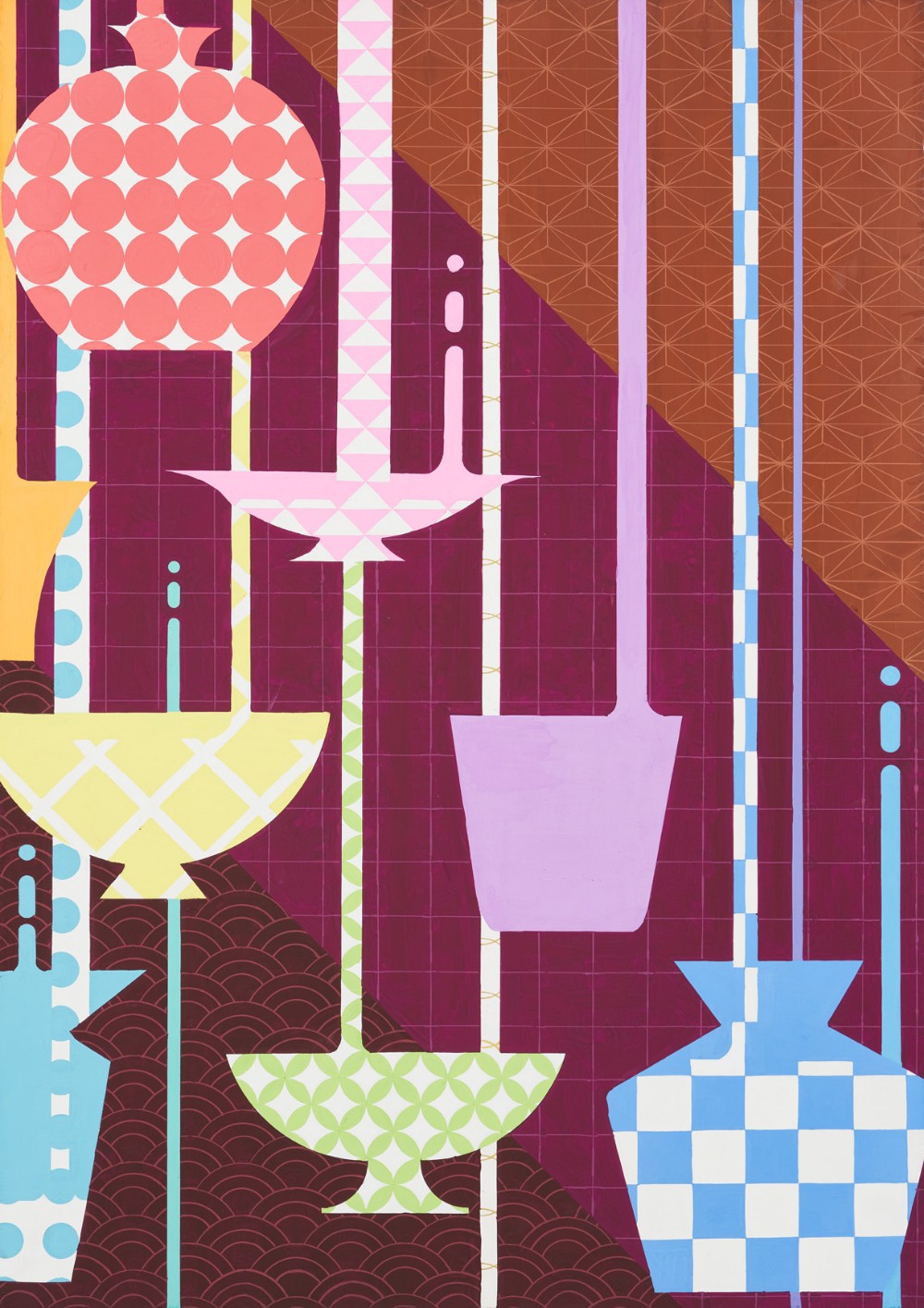 Sticking to the topic of “rebirth”, I expressed the impression of finished pieces of porcelain with the image of flowing liquids. As for the color scheme I expressed the international part with porcelain gathering from many different countries by drawing multicolored porcelain. Also, I added the impression of a newly born thing by using a lot of white color. For the background, I used colors of lower brightness and saturation in order to express the calm atmosphere of porcelain and so that the bright pieces of porcelain could reflect. 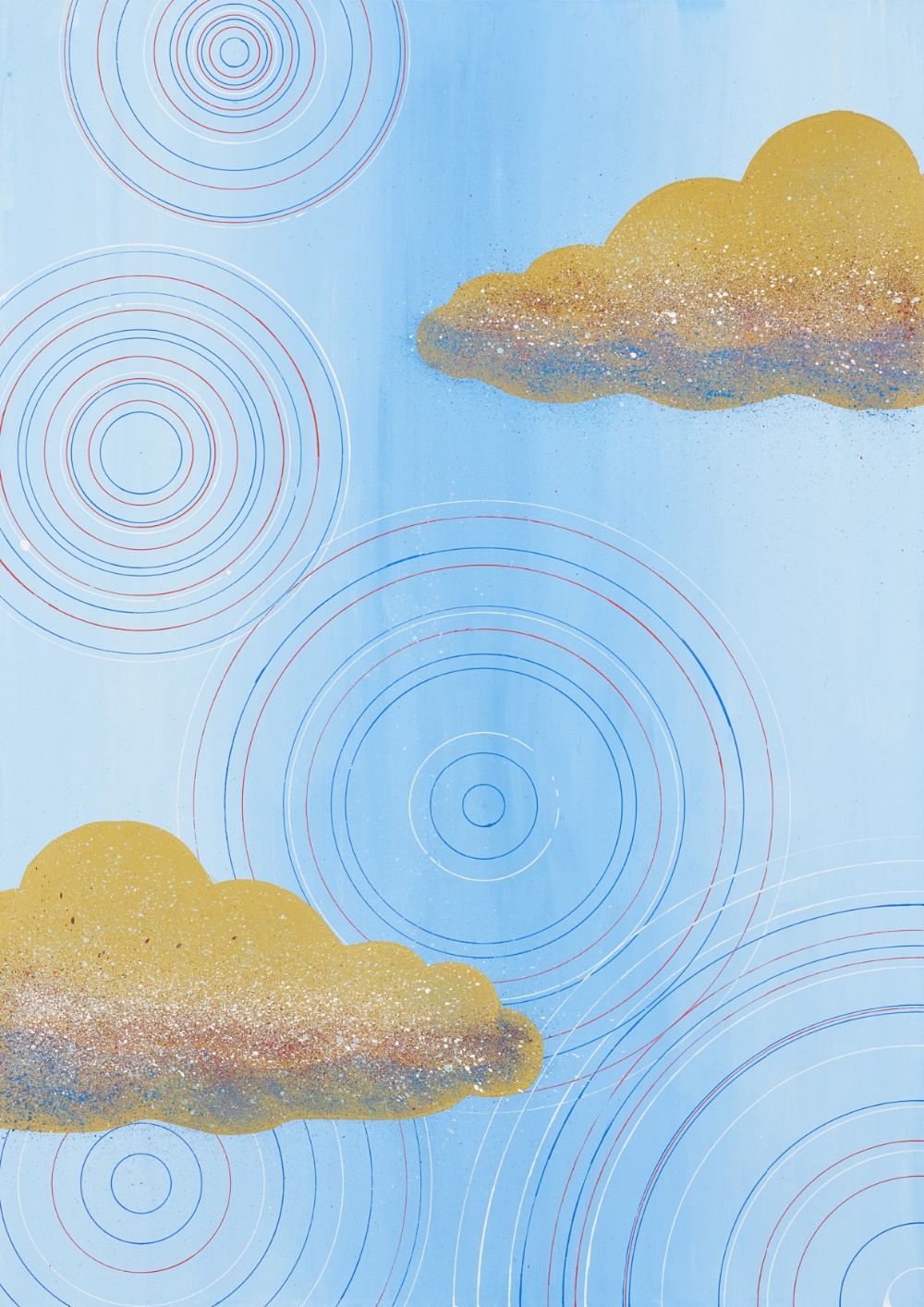 In the process of drawing I overlapped three screens focusing on creating depth. I did so, aiming to turn these into one single story.

The clouds of the thoughts are shining, clearing up and ideas begin to spread like water rings so you begin to capture new shapes. This is the kind of story I imagined.

The water rings can also be viewed as porcelain plates and I expressed that by adding the colors red and blue that are also often used on Arita porcelain. 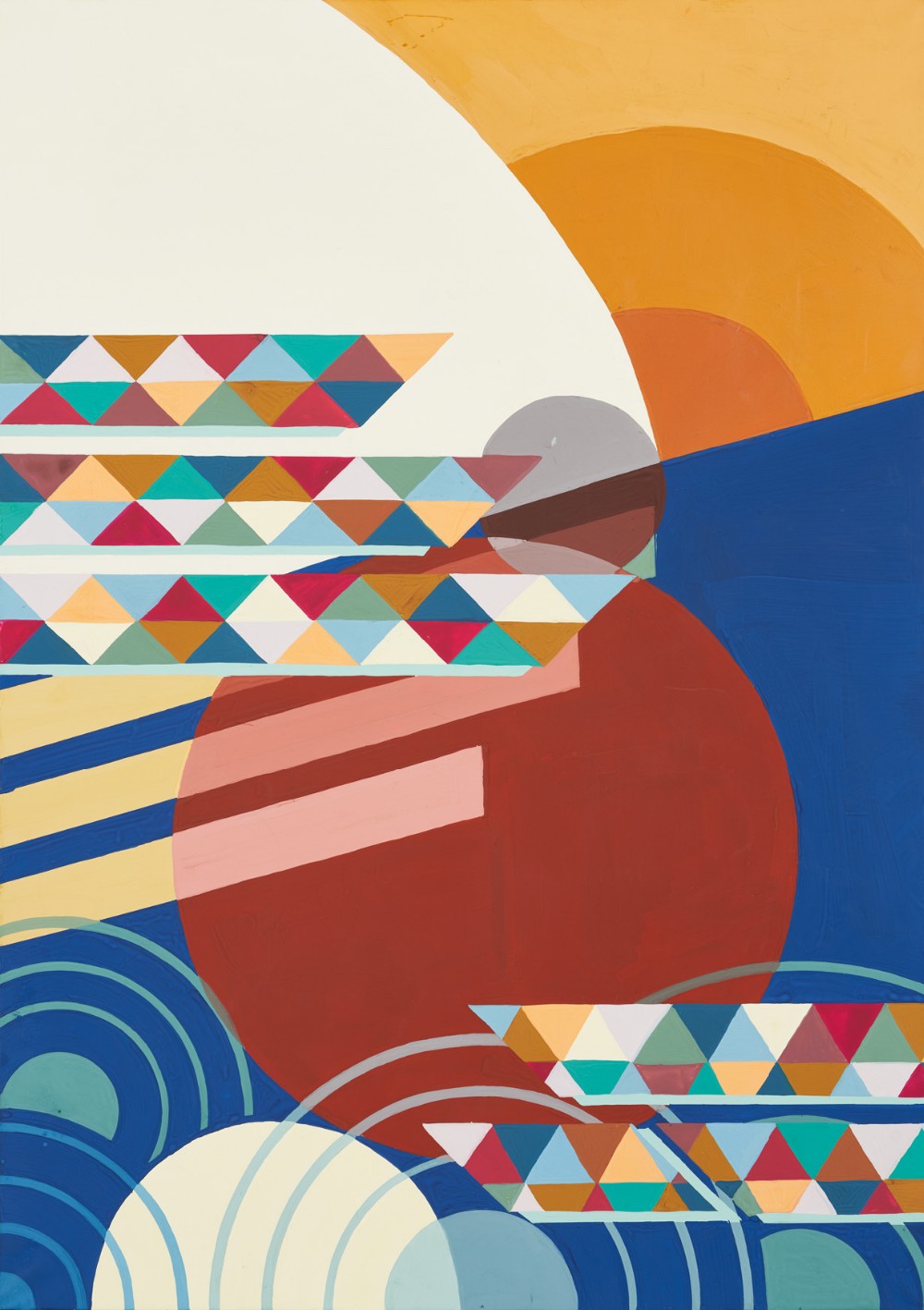 I expressed Arita likeness and tradition by choosing a retro design consisting of deep blue and brown circles in the center.

I expressed the impression of “rebirth” by putting different patterns of circles, three lines that have the motive “light” and other patterns on top of the brown circle as well as changing the color.

The unity that is achieved through triangle shapes is placed at the top and the bottom three times each and I created a feeling of activity by changing the flow and length of the colors and turning the angle of the point of view by around 45 degrees. Also, by using invigorating and fresh colors, I created a new and international feeling.

The three judges held the judging of the “Arita International Ceramics Competition” Poster Contest with 36 entries from the first year students of the Design Division at the Prefectural Industrial High School of Arita. In the process of judgement, we voted based on our personal judgement criteria during the first stage of elimination. After that, we shared our views on the pieces of art that had received a vote. Those views were taken into consideration during the second stage, when choosing the winning works. The winning piece of the highest award of excellence gave an impression of solitary at first sight but the fact that it purposely left space for writing which leads to completion as well as the sense of carefully applying white as a real color earned it a high reputation for its producing attitude. We all shared the opinion that first of all the purpose of the poster and after that the clear expression of its compliance with the “theme” was needed. Regarding the production of the poster, the composition and the configuration of the colors is important at the stage of planning but clarifying the intention for a creation in which the “theme” would not be shifted away from the purpose is what especially matters.