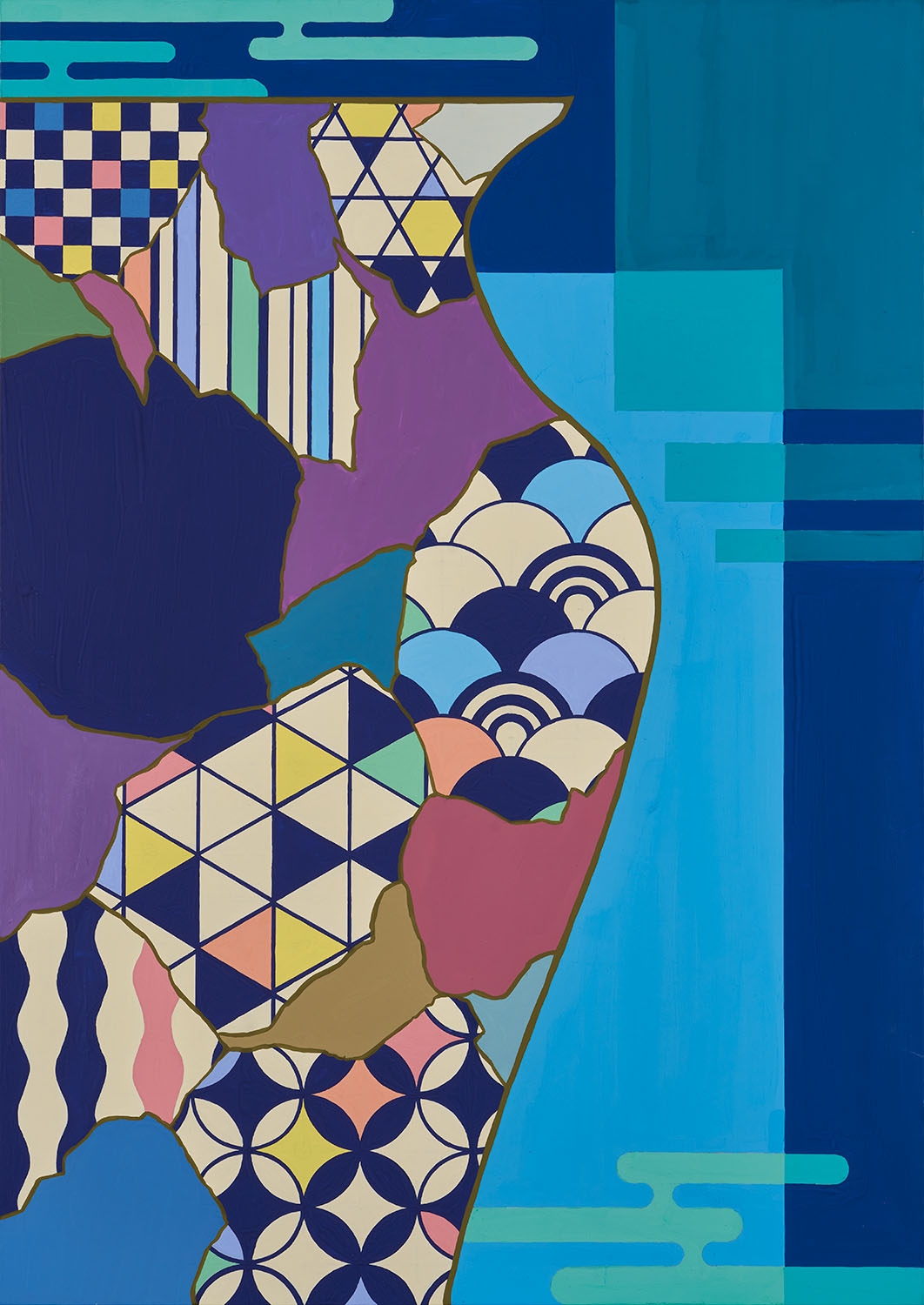 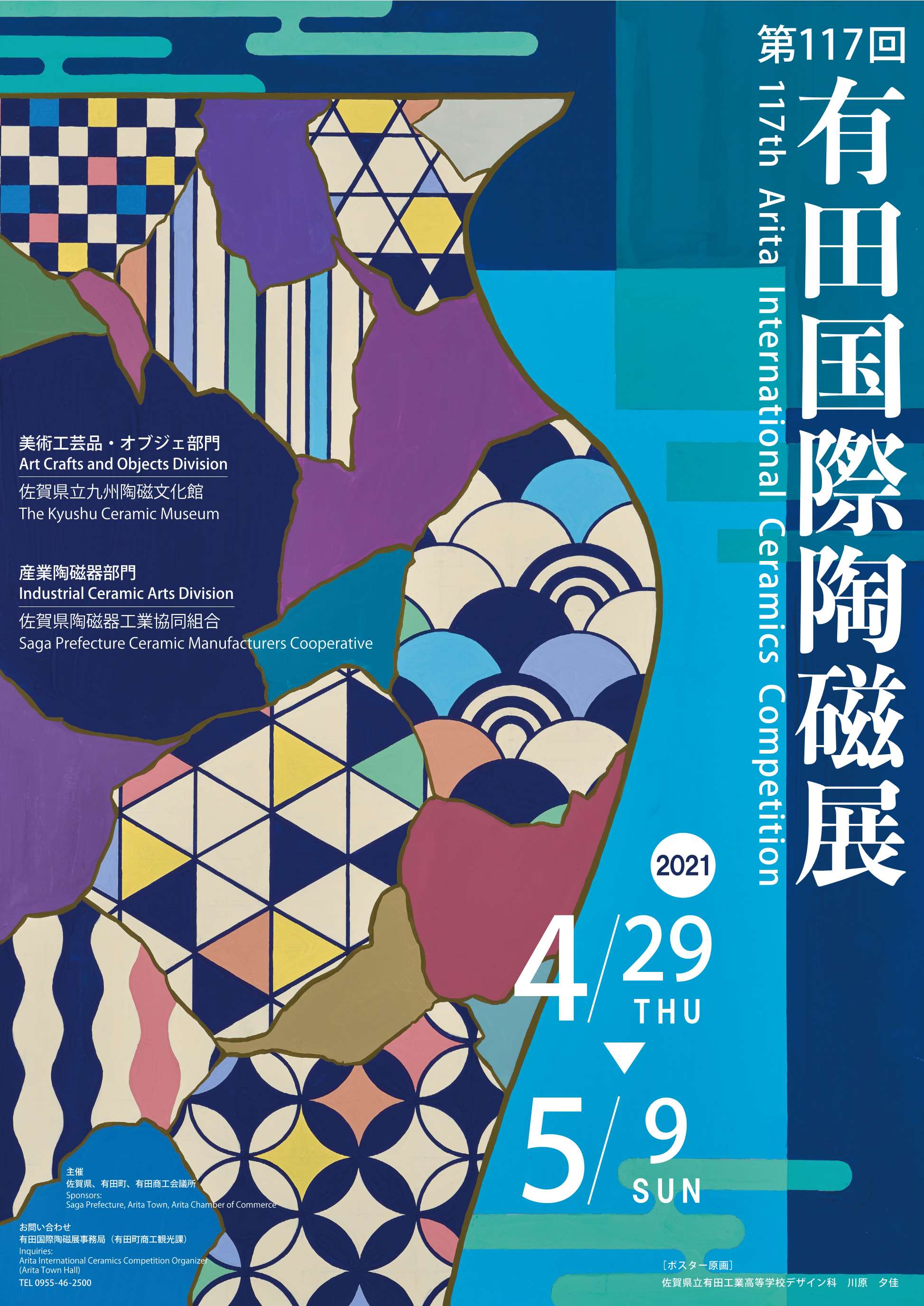 In line with the topic “Onkochishin”, I drew the image of many different techniques gathering and connecting, producing one new piece of art. I expressed the old technique of the [Benjara], which are fragments of porcelain connected to each other with the traditional [Kintsugi] craft. I kept the scheme colorful, expressing that a lot of different individual characteristics gather at this ceramics competition. In the background, green rectangles represent the [land] at which the ceramics competition is held. I wish that this [land] may cross the blue sea and spread out so that many people will get to know this ceramics competition and therefore implemented this hope into the design. 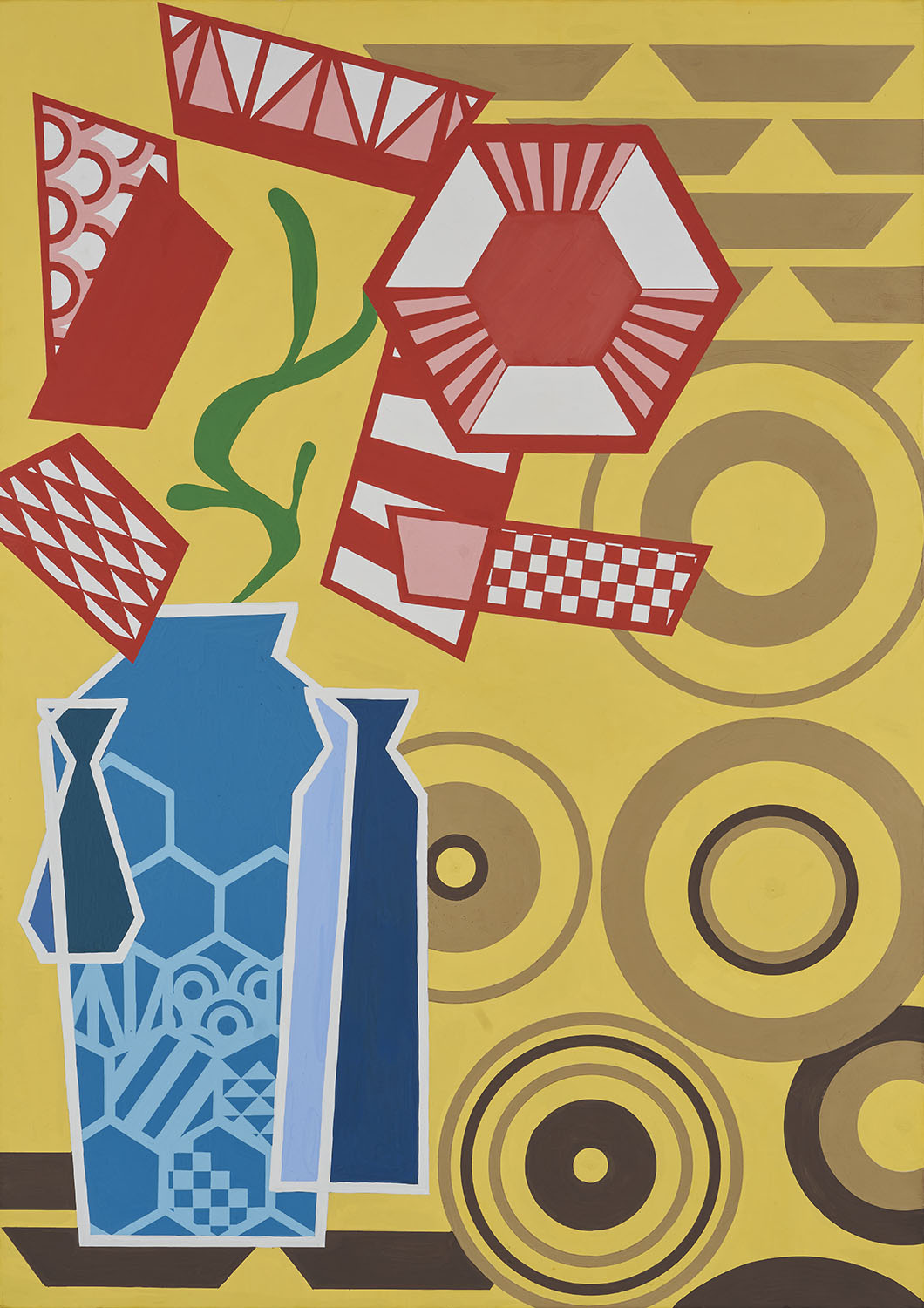 Since this year`s topic is [Onkochishin], I drew an image about getting to know the history of porcelain as well as a new flower that starts to bloom. I expressed the porcelain plates as flowers and therefore created a poster that has an impact and a design that could be appreciated from a close or far perspective. The vase stands for the ancient times and I drew this using a honeycomb structure, believing that this should connect it to the present. I gathered pottery in every corner with the pattern in the background showing plates before they get fired and the accumulation of circles being an image of potter`s wheel`s looked on from above. I brightly polished off the color scheme, sharply dividing the present and the past.

I built the shape of a piece of porcelain in a simple way, using rectangles. I drew this imagining that the red rectangles stand for the ancient techniques with the colors blue and yellow leveraging those to become new techniques. I decided to use colors that would also stand out when watched from a distance but kept the number of colors itself low. For the background I chose a somewhat softer color that would let the shape of the piece of porcelain become clearly outlined. I believe that I managed to express [Onkochishin] in my own way. 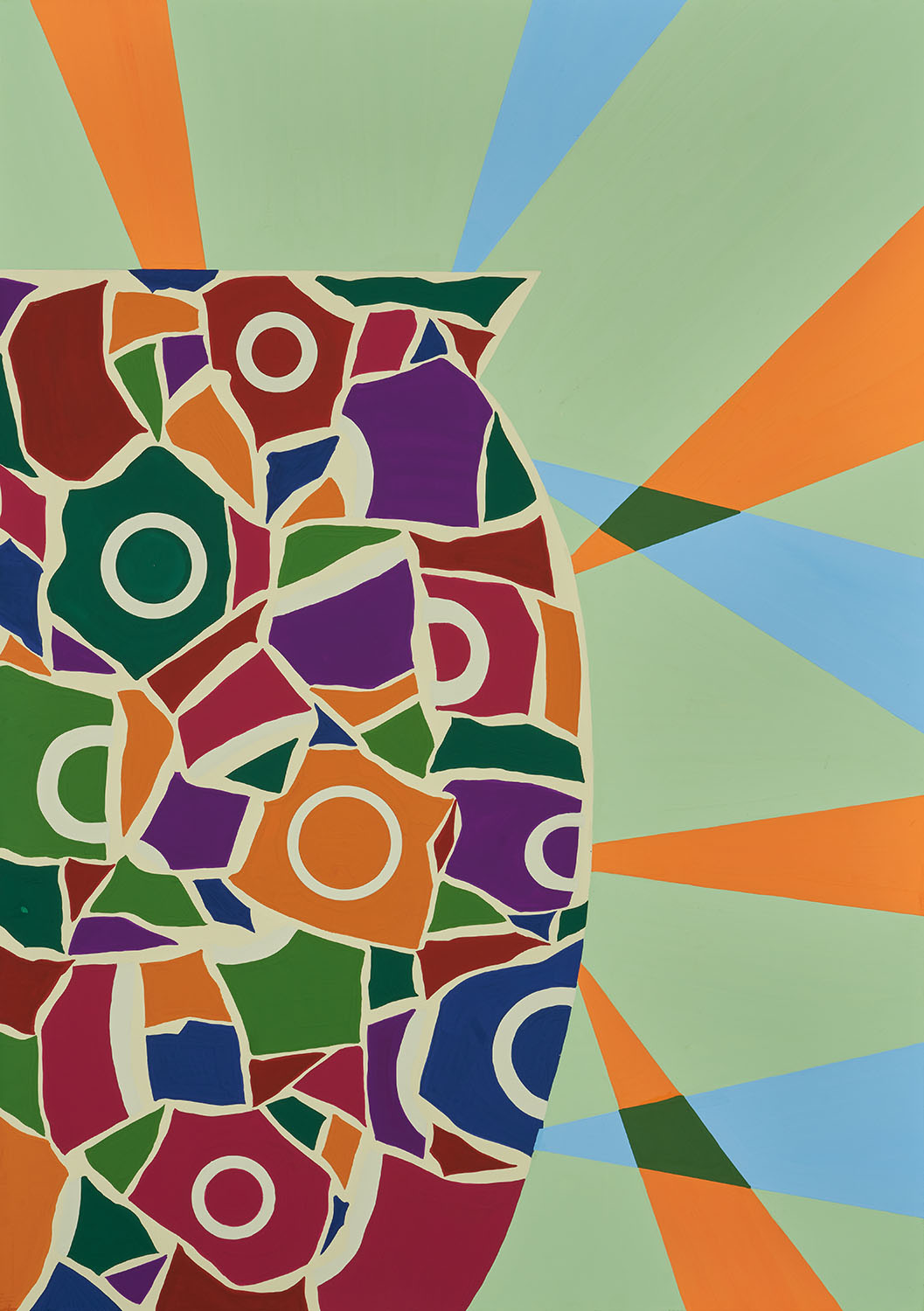 In accordance with the topic [Onkochishin], I drew a big vase that was designed with many fragments of plates that were produced by the ancestors and remained until the present. I wanted to express ancient pottery with the color scheme of the fragments and therefore painted them in rather dull colors. Since the [Arita International Ceramics Competition] is held in April/May, I chose a vivid yellow for the background with the orange and light blue stripes being reminiscent of the warmth as well as the light of spring, and by doing so, succeeded in emphasizing the sense of presence of the vase.

The topic this time was [Onkochishin].

While following the 400-year long tradition of Arita Ware, there was a great amount of paintings that let you feel an effort to deal with a new era and express unrestraint ideas as well as ambition. Regarding the winning pieces of art, we came to the impression that pieces of art in which the expressive power of the colors, the composition, the balance and the concept were directly conveyed received a lot of votes from the examiners. However, the paintings that did not get selected were also produced by artists that in accordance with the topic reinterpreted past, present and future and thus were rich in expressions regarding the concept of the design and the sense of colors, giving them a high level of completeness. Therefore, there were a lot of pieces of art where the rating by the judges was divided. Regarding the evaluation standards, the focus of the examiners was put on the factors whether [Onkochishin] was expressed and also whether the pieces of art had a strong message to convey.

Among those, the winner of the highest award of excellence was a composition of a layout in shape of a vase with the traditional pattern of [Kintsugi] as a motive. The fact that the assortment of expressions of tradition was taken into account and that everything was constructed through a so-far unknown color scheme within the traditional color schemes, directly letting you feel [Onkochishin] together with the strong impact derived from the careful production, received high praise.

In recent years [Kintsugi] received reappraisal worldwide and as culture of treating things carefully, it is one of Japan`s representative traditional techniques. With SDGs trending around the world, making [Kintsugi] one of the motives strongly made us feel the connection with the current era.